noun: binge watching: The practice of watching multiple episodes of a television programme in rapid succession, typically by means of DVDs or digital streaming

The era of online internet streaming has brought about a huge change in the way we watch movies and TV shows.

Back when I discovered DVD box-sets in the long-gone era of the mid-2000s, I fully embraced binge-watching by watching the first few seasons of Family Guy (yes, the embarrassment from enjoying Family Guy still lingers) and the first three seasons of Smallville in rapid succession. Back then, I could watch the 20-something episodes of Smallville in under a week, but it was okay, because you still had to put the disc in the DVD player, and it wasn’t as simple as it is now. Fast forward ten years…

Oh, how I miss those days. With the twenty-tens came the invention of Netflix—well, that was around back in the day, but it was completely different—and Stan and Hulu and whatever the Foxtel one is called, and all the others.

Lucky for me, I’m near the end of these massive, 60-billion word (welcome to Hyperbole Land, folks!) movie reviews, so the insomnia is kicked up a notch. According to a study by the Journal of Clinical Sleep Medicine, out of the over-80% of young adults who admitted to binge-watching (the remaining 20% are liars I tell you, LIARS!), a whopping 98% of them were likely to have a poor quality of sleep. Which is why, before I improve my sleep cycle, I’m gonna use this insomnia to tell you of some more movies I’ve watched this year, and why I think they’re awesome, or alternatively, horrifically horrible. Let’s get going then!

Men in Black: I don’t remember ever watching MIB as a kid, so I decided to remedy it when it caught my eye on Amazon Prime. It’s a great family movie, and a great comedy. It’s one of those generic buddy-buddy comedies with Agent K (Tommy Lee Jones) the serious, never-cracks-a-smile cop, and his replacement Agent J (Will Smith) the joker of the duo. I even almost had forgotten Will Smith was a rapper until the end credits. 7/10

The Red Pill: I just had to watch this movie for myself, because all of the IMDb reviews are either “1/10 Horrible Alt-Fascist Trash!” or “10/10 Greatest Anti-SJW Doco Ever” and I knew there had to be some middle ground. While it is less biased than the next movie on this list, and actually contains an almost equal balance of sources, it did have a slant at times. The bit where Karen Straughan talks about the boys of Boko Haram left me in tears. I think Cassie Jaye’s turn into being a non-feminist wasn’t shown as well as it could have. But I loved loved this song from the end credits: 6.5/10

The Brainwashing of my Dad: This documentary popped up on Amazon Prime not long after I watched The Red Pill, and I immediately thought of it as the Anti-Red Pill. Basically, it’s a documentary about how Jen Senko can’t bear to think her dying father is—God Forbid—a FOX News watcher, and her attempts to fix her father. I don’t know, maybe FOX News is as crazy as Senko portrays (the closest here in Australia is probably Sky News, which is only on Foxtel/cable, which airs The Bolt Report). Near the end, Senko interviews someone who tells her FOX News’ brainwashing techniques, which she and her mother use to “cure” her father, i.e. they cut out FOX News and Alex Jones and only allow him to watch pre-approved media. Justice is served! *sarcasm* 2/10

Moon: The story of astronaut Sam Bell who’s near the end of his two-year stint on the moon, and the horrifying truth he discovers about himself. The movie was beautiful and haunting, and stuck with me for days afterward. Oh, and it has Kevin Spacey as GERTY, a robot that helps Sam out with his day-to-day duties. 7/10

The Talented Mr. Ripley: I only got through twenty minutes of this film, and while the premise was interesting, I’ve heard there’s a book, so I’ve just added yet another book to the TBR pile. 0/10

The Machinist: In a movie reminiscent of Fight Club crossed with video game Fahrenheit, a factory worker who hasn’t slept in a year is slowly driven insane, and begins a journey to discover what’s wrong with him—why he’s got a shocking memory, why a co-worker no-one else knows about is stalking him, and his relationship with a diner waitress. It was an interesting movie—with a very David Cage-y vibe—and it left me guessing for a while, and while the plot twist was a bit clichéd, it was still a good watch. 6/10

The Graduate: In a disappointing admission to many, the only reason I knew of The Graduate was because of Fifty Shades of Grey, and I decided to watch it to see how bad the references to Mrs Robinson were. Well, I wasn’t disappointed. The Graduate is a hell of a lot better than the book I discovered it in. Dustin Hoffman plays the perfect, awkward out-of-college guy, and Anne Bancroft, who plays Mrs Robinson, is so electrifying and horrifying in her role. I especially love the final scene with Hoffman’s Benjamin and Mrs Robinson’s daughter Elaine (or Elena, that foreign name, if you’re mightily non-creative like a certain erotica writer). 7/10 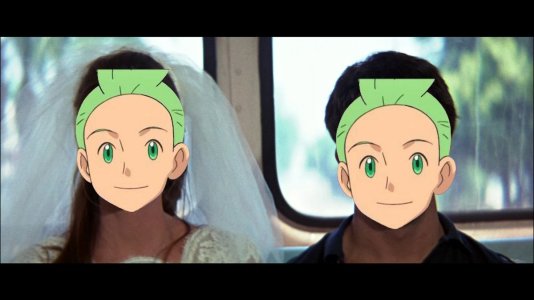 1984: A great adaptation of Nineteen Eighty-Four by George Orwell, and is superbly acted and a horrifying vision of a dystopian future. Too many people claim to have read the book, but no-one ever remembers this film adaptation. Since most people quoting Nineteen Eighty-Four seem to have no clue of its content, the least they can do is watch this film, which is pretty great, too, and John Hurt as Winston Smith and Richard Burton as O’Brien provide an intriguing relationship. Also, it was actually filmed in 1984. 7/10

Anchorman: It took a while for me to watch Anchorman, a movie quoted almost as much as Mean Girls, which I’ve probably watched about 6,726 times. Don’t judge my movie tastes! Anchorman is an entertaining, humorous watch, and shows Ron Burgundy’s descent from buffoonish TV reporter to a more reasonable, down-to-earth guy pretty well. It’s an enjoyable movie, but overrated. 6/10

Dark Places: I really enjoyed Gone Girl directed by David Fincher, so when I heard there was another movie based on a Gillian Flynn book, I jumped on the chance. Also, it was about to expire from Stan, so I didn’t have much time left to watch. Despite being less known than Gone Girl—and not directed by David Fincher—Dark Places is still enjoyable, dramatic and you just want to keep watching to find out if Libby’s brother actually killed her mother and sisters. It’s well acted, and definitely underrated, so you should get right round to watching it! 7/10

Human Centipede 1 & 2: These movies are some of the most shoddily acted films of recent years, not counting The Room, but the one thing it’s got is they’re better than what I’ve seen of Hostel so far (read: about as much as Mr Ripley). They’re so badly done, you can barely take it as a horror, and just a comedy. The American women are barely tolerable (those accents!), the mad scientist is so astonishingly European madcap, and the Human Centipede part is just so ridiculous and torture-porny, it’s not funny. But who watches The Human Centipede for a classic plot and actual characters? At least I haven’t seen the third one, which takes things to an entirely new level. 4/10

Rebecca: Not long after finishing Rebecca by Daphne DuMaurier, I went ahead and found this film on YouTube. More or less the same as the novel, but with the ending changed so Mrs de Winter doesn’t go with the men to visit Rebecca’s doctor. A lot of the plot is condensed, but that’s for the better, and characters like Frank have less prominence, but Mrs Danvers has more of an electrifying, frightening presence. Both Laurence Olivier (Maxim) and Joan Fontaine (Mrs de Winter) act their respective characters perfectly true to the novel, and it’s definitely a good watch. 6/10

The BFG: I haven’t read The BFG by Roald Dahl in many, many years, but it was  one of my favourite books of my childhood (alongside Matilda and Esio Trot). The BFG, contrary to popular belief, is actually the Big Friendly Giant, and not the Big F-ing giant. He’s a big, loveable giant, an outcast in Giant Country, and takes orphan girl Sophie hostage because she accidentally discovers him outside her orphanage. Their relationship becomes friendly, however, when it’s discovered The BFG has some bigger giant rivals, who really like to eat human children, and Sophie and The BFG have to work together to defeat them. While not the greatest film in existence, it’s beautiful looking, magical and charming. It’s a great feel-good family film to watch with…er, the family. 6/10

War Machine: Yet another movie about the pitfalls and futility of war, set in Afghanistan, but this time it’s got BRAD PITT in it. No, actually, it’s really quite dull and uninteresting, and you’re better suited watching an actual war classic, like All Quiet on the Western Front, and you’d get the same message. 2/10

True Memoirs of an International Assassin: A  surprisingly entertaining comedy about a writer whose fictional novel about being a spy is turned into non-fiction by his publisher so it can sell more copies. Since he got his ideas from some dude he knows, the enemies of the actual spy come after him, and his life is thrust into chaos, car chases, and adventure. It’s a humorous, entertaining flick to watch when there’s other people around, and the latest episode of Rick and Morty isn’t out yet (there’s a theme here, isn’t there?). I found myself laughing far more than I should have. 7/10

Nobody Speak: Trials of the Free Press: If you think The Red Pill or The Brainwashing of my Dad were biased claptrap, they’ve got nothing on Nobody Speak, which popped up as the main ad on my Netflix homepage. Supposedly an unbiased account of how corruption and money can silence the media and destroy free press, it’s actually a pretty prejudiced account of Gawker Media’s downfall. In a move reminiscent to News of the World, Gawker did some pretty horrible stuff, and expected to just get away with it, claiming publishing a sex tape is definitely in the public interest. It interviews ex-Gawker boss Nick Denton and a bunch of his ex co-workers and supporters, and even manages to pull in Hulk Hogan’s lawyer. The only interesting bit was the case of the Las Vegas Review, but comparing them to Gawker’s continuously shady antics was disingenuous, to say the least. 4/10

Perfume: The Story of a Murder: This movie is absolutely beautiful, and it’s definitely my favourite on this list. I don’t get a lot of the negative reviews —unless they’re fans of the Patrick Suskind book, which I haven’t read, but plan to now—so I sat through this movie, completely shocked, to be honest. It completely drew you in, and the only thing I didn’t enjoy was the ridiculous over-the-top-ness of the main scene near the end, but it does make sense in the context of the repressed citizens of 1700s France. Plus, Scott Shelby from Heavy Rain makes a cameo! And Alan Rickman appears! 9/10

Wow, that ended up being a lot more than I thought—and I haven’t even finished yet. I suppose the rest of them will have to be for next month, which I assure you, will be a lot shorter Part Three. I hope you enjoyed this movie review megalist!