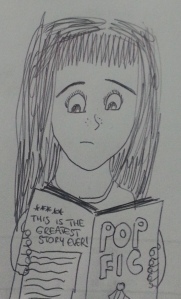 Over the past few weeks, I’ve been forcing myself to read a hugely successful novel which is absolutely awful. You really can’t criticise something unless you’ve read or watched it. The line gets a bit murky when you head into political and societal issues—see the raging debates between progressives and conservatives, or proponents of the zombie apocalypse and the reptilian takeover.

I found myself questioning why certain books become popular over others, and sometimes the writers question this themselves. Stephen King wrote as Richard Bachman for many years, just to see if he could emulate the success story that started with Carrie. J.K Rowling was recently outed as the author of an averagely successful crime novel—which immediately received legions of one star Amazon reviews.

If you want to be the World’s Greatest Author, then how do you get there? Most of the Twitterati, for lack of a better word, would say you need to advertise your awesome ★★★★★book to your 17,051 followers. Others suggest starting a blog, spamming links and suggested posts on Facebook, placing an advertisement on primetime TV, or just waiting for your publisher to do all the dirty work.

The disheartening reality is none of these will work. No matter how hard you try, how much effort you put in, and how much money you spend, most of the time your success relies on both luck and the correct timing.

Many writers are perfectionists, myself included. We can spend hours on our craft, rewriting the same paragraph over and over, and spending weeks—or even months, or years—editing our pieces. We want our readers to have the luxury of reading a good piece, not just something like all the others, unless you’re cashing in on the latest craze (tsk, tsk).

Don’t believe those junk emails you get, or those advertisements that come on at lunchtime alongside the life insurance ones—there is no ultimate formula to success. Sure, some of the tips and tricks might help you get a little bit out there, but it’ll be for the wrong reasons. Who wants to be on a current affairs program because you were scammed out of thousands of dollars?

Don’t believe *all* the emails you receive, like this ridiculous one.

I’m not discouraging you from getting your work out there, just realise you’re not the only one trying to do it. There are millions of writers on Twitter, constantly spamming people with book links, as well as heaps of new ‘indie’ and traditional authors on Amazon.

It’s a competitive market we’re in, but don’t let it dishearten you. If you really love writing, you’ll keep at it. Don’t give up!

It’s a difficult world out there, and you just have to keep trying. You can advertise your awesome ★★★★★ book to your 17,052 followers, start a blog and stick to it, spam links and suggested posts on Facebook, place an ad on primetime TV, let your publisher do the dirty work (not recommended), or use your second cousin twice removed (who’s a B-list celebrity) to tout your stuff. Just realise, a lot of people will be annoyed by the constant spamming, but there might be others who’ll see through it all and get to the good stuff.

As I just said, don’t give up! There’s always an audience for what you’re writing, and even poorly written books chock-full of clichés and one-dimensional characters can be bestsellers… 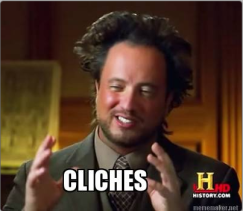